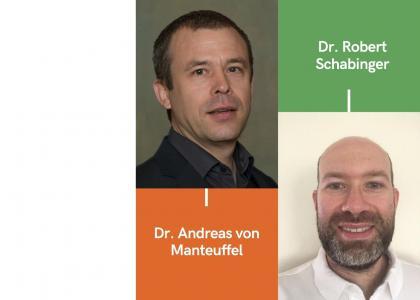 As science peers deeper and deeper into the world around us, the subatomic scale presents new challenges, and the need for precision becomes ever more apparent.

Dr. Andreas von Manteuffel, an assistant professor in the Department of Physics and Astronomy at the MSU College of Natural Science, and his research associate, Dr. Robert Schabinger, are researchers in the field of perturbative Quantum Chromodynamics. “As far as we know, nature has four different forces: electromagnetism, gravity, and the strong and weak nuclear forces. The strong force holds together the quarks and gluons to form the proton and neutron. We are particularly interested in studying the strong force at very high energies and very short distances, making precision predictions in the theoretical framework of perturbative Quantum Chromodynamics (QCD).” Dr. von Manteuffel said.

Recently, their paper, “Cusp and collinear anomalous dimensions in four-loop QCD from form factors", coauthored with Erik Panzer (Oxford), was published in Physical Review Letters, a prestigious journal which publishes research articles in experimental and theoretical physics. The paper details their groundbreaking methods and results for quantities of crucial relevance to particle acceleration experiments yielding Higgs bosons or muon-antimuon pairs.

“Our work provides universal building blocks, entering these precision predictions, at a very high perturbative order. One of the challenges involved in the calculation was that it involved complicated computer algebra, which we carried out partially with custom code on the HPCC cluster” Dr. von Manteuffel explained. Their research facilitates the synthesis of more precise theoretical predictions, which helps scientists running experiments at particle accelerators to draw firm conclusions from their data.

What makes this work so extraordinary is its computational complexity; Drs. von Manteuffel and Schabinger condensed many terabytes of mathematical data into a single six-line equation.  “We carried out a calculation of fairly unprecedented complexity in perturbative Quantum Chromodynamics, which took many years of effort, and relied on tools and methods that we developed by ourselves.” Dr. Schabinger said.

Given the fiendish difficulty of the problem they were working on, there was a distinct possibility that the time and effort they invested would not pay off. “I didn’t fully appreciate when we started out just how risky this was.” Dr. Schabinger said, “I view it as the risk that you take when you try to climb Mount Everest for the first time. You have to believe in yourself and trust that your ideas make sense, and that it’s all going to work out in the end.” 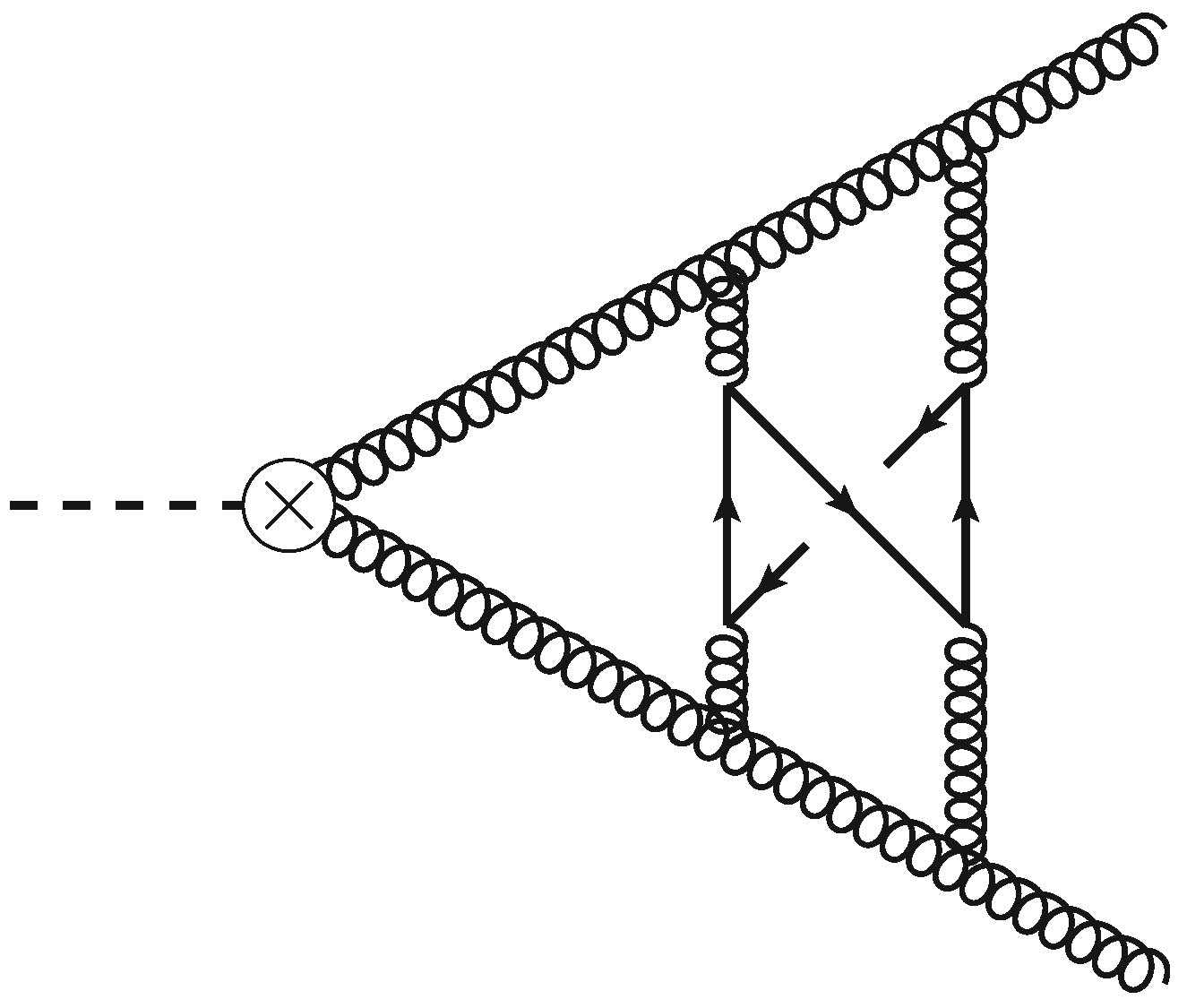 Feynman diagrams allow one to systematically calculate radiative corrections in perturbation theory. The figure shows one out of many four-loop Feynman diagrams relevant to the effective Higgs-gluon-gluon coupling.