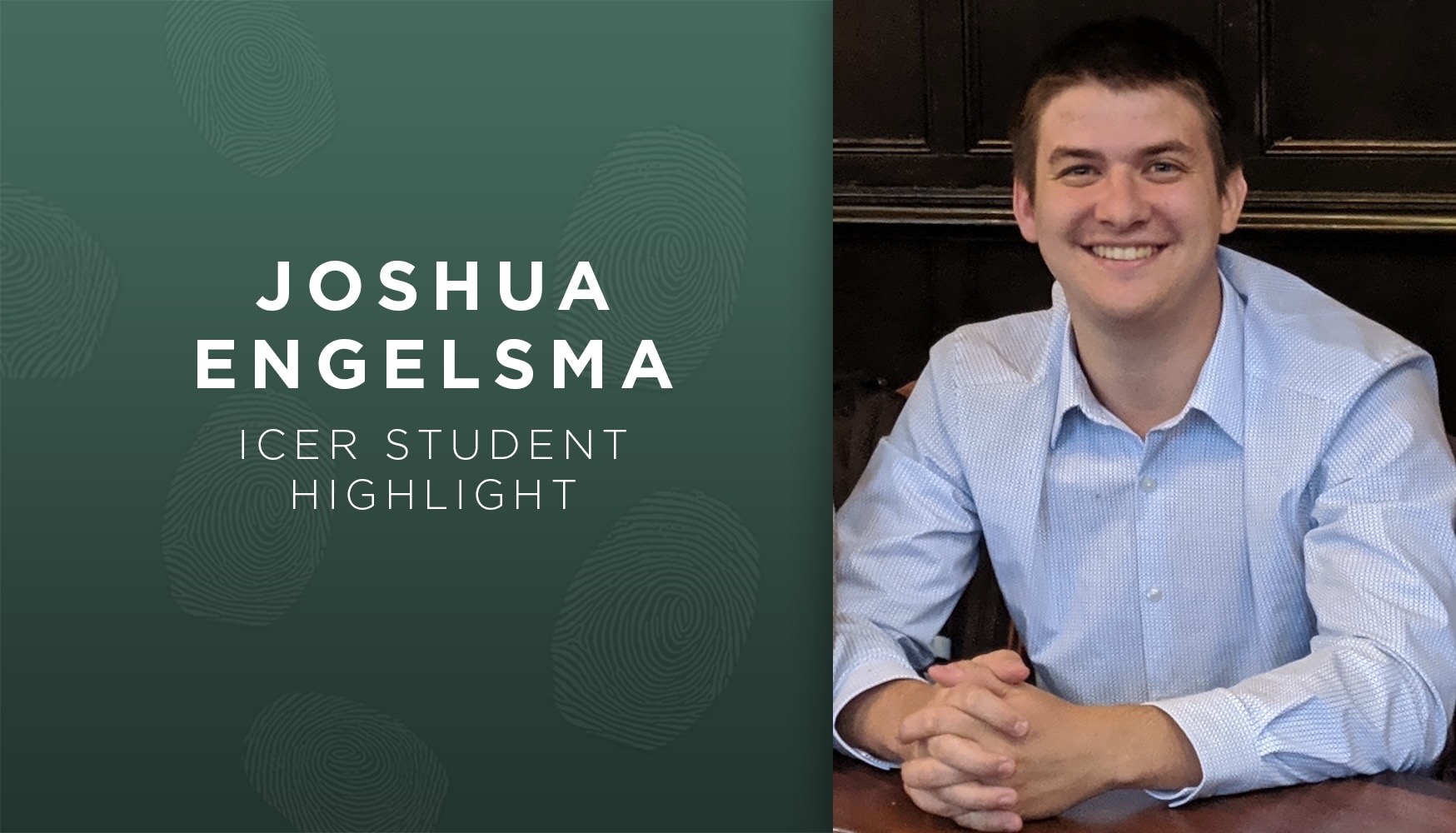 Joshua Engelsma is a graduate student in the Department of Computer Science and Engineering at MSU. Advised by Dr. Anil Jain, he works on pattern recognition and image processing with multiple applications in biometrics. Joshua’s interest in this field came from undergrad, when he was exploring some of the buzzwords frequently mentioned in his courses: big data, machine learning, computer vision, artificial intelligence, etc. In his undergraduate studies, he took a course on machine learning and found interest in learning how researchers make inferences about the future using data from the past.

Specifically, Joshua’s work focuses primarily on fingerprint recognition and various related biometric problems. One of the first projects he undertook at Michigan State University was related to fingerprint spoof detection. He, along with other researchers, began developing systems that could automatically detect whether a finger placed on a sensor came from a real finger or a spoofed copy of a fingerprint created to break into a system. Joshua then transitioned his focus to fingerprint matching, and worked on developing a fingerprint matcher that was approximately 200,000 times faster than an average commercial matcher, all while keeping similar accuracy. From there, Joshua moved onto solving a problem known as “infant ID”. Because a child’s fingerprint changes as they grow, existing fingerprint recognition systems that work well on adults don’t work on infants. Several real world applications exist where this information can be beneficial. For example, in developing countries, where children’s paper records such as personal identification and medical/vaccination records can be difficult to acquire. If a health care worker had access to all of a child’s medical records by just using their fingerprint, they would have a much higher chance of being able to provide exactly what is needed to a particular child.