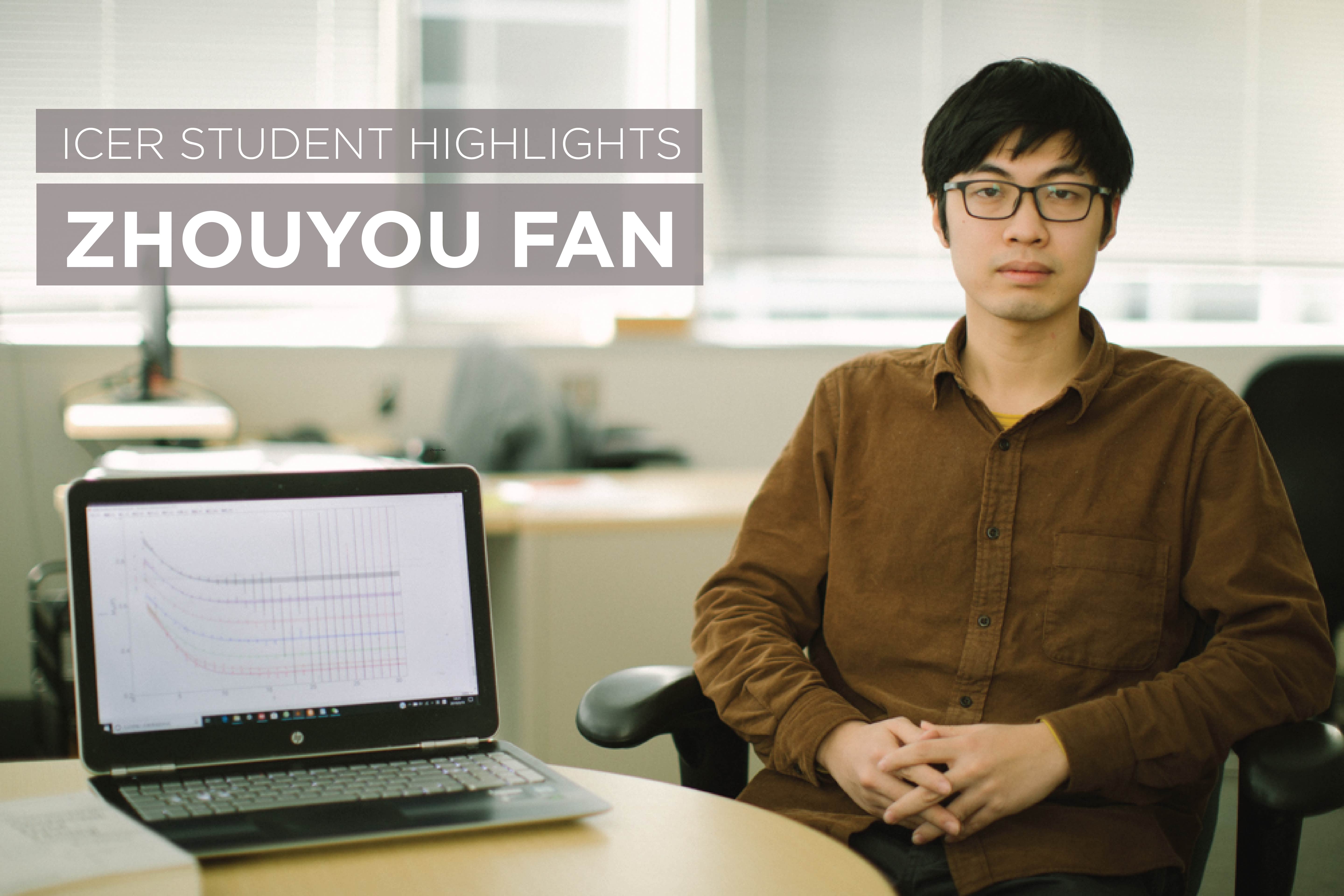 The study of gluon distributions through lattice QCD

Zhouyou Fan is a graduate student in the Department of Physics and Astronomy at Michigan State, concentrating on theoretical high-energy physics. He works under Professor Huey-Wen Lin, whose research specifically involves quantum chromodynamics (QCD), the Standard Model theory describing the interactions of two kinds of fundamental subatomic particles: quarks and gluons. Quarks are the particles that make up the protons and neutrons found in atomic nuclei, and gluons are the force-carrying particles that glue quarks together, producing nuclear force.

Fan studies the internal structure of nucleons using a computational method called lattice QCD. This is basically a computer simulation of a tiny (trillionths of a millimeter) box of 4-dimensional spacetime in which the quarks and gluons interact. In order to perform calculations with lattice QCD, Fan must frequently take advantage of HPCC services for both the large amount of numerical processing needed and to store the data produced.

Fan’s interest in high energy physics began when he was young and his father bought him many science books. His interest and passion for the field grew as he went on to study theoretical physics during his undergraduate years. Fan stated that his research is particularly exciting due to how his group is pioneering calculations in this particular area, and he is proud to be on the frontier developing innovative ideas in his field.

However, being a pioneer presents adversity alongside pride and discovery. Fan stated that since gluon studies in lattice QCD are “still very new”, there isn’t much pre-existing data with which to compare his results. In addition, he notes that one of the most challenging aspects of completing his research is extreme computational cost of creating results with small enough uncertainties. Therefore, it is quite important for him to find more efficient methods to obtain enough data to complete his research.

Nevertheless, he perseveres in his work and makes strides towards furthering our knowledge of the little known but vitally important particles, the gluons. His first results are published in Physical Review Letters (a top journal in physical science): All in all, Fan’s abstract method of delving into these mysterious building blocks of our world is a necessary step on the long road to discovering exactly what we and everything else in the universe is made of.