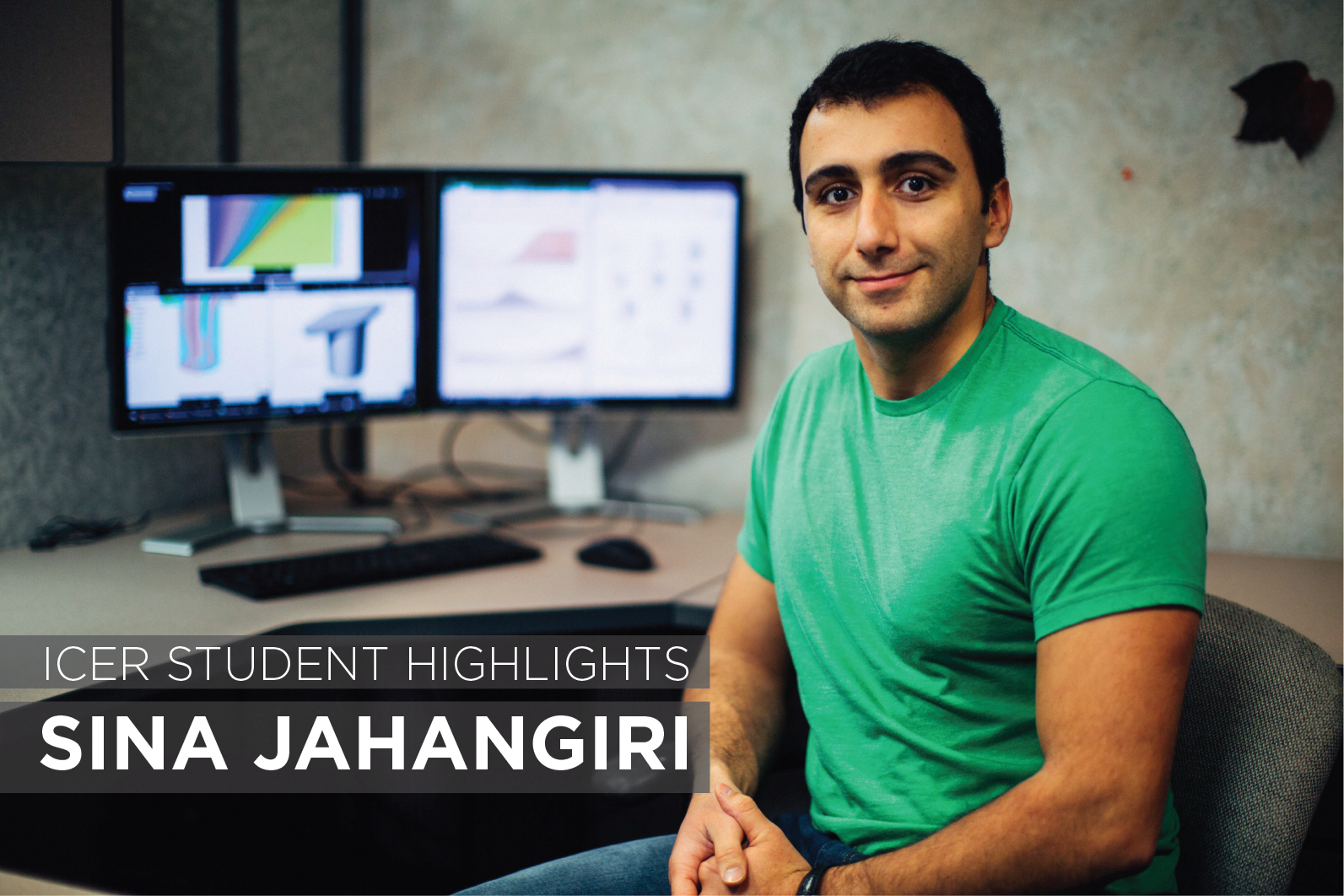 The numerical simulation of multiphase flows with particles

Jahangiri’s research focus is on numerical simulation of multiphase flows with droplets/particles. In other words, he studies simulations that mimic the flow of particle fluids through different geometries. The problems that he works on deal with a wide range of characteristic lengths, from microns to tens of meters, and focuses on the flow of solid particles in fluids, specifically combined sewage overflows (CSOs). A combined sewer system is a sewage collection facility that collects both domestic sewage and surface runoff. However, during heavy rainfalls or snowmelt, such systems may discharge to nearby rivers or water bodies. An innovative sewage overflow detention system (Treatment Shaft, patented by a company based in Michigan) is a solution, and these simulations help companies improve designs of the treatment shaft, allowing them to reduce the environmental footprints and construction costs of traditional CSO systems.

Today, these systems are able to collect and store overflow of the combined sewage plants, along with separating many micro particles. Compared to other systems, this is much more efficient and the improvements that Jahangiri has been a part of have proved that these systems are able to work in a multiplicity of sizes and conditions. For him, this has been a major highlight of the experimental process so far.

Not all success comes without failure. Over the course of his research, Jahangiri has struggled with the size of these systems. From a computational aspect, they’re simply huge. 31,000 metric tons of water proposes a major issue in the research process. Thankfully, this problem was resolved due to the help of iCER and the HPCC.

Something that would take 3-4 days at iCER would take up to six months on a desktop computer. The computational resources and storage that the HPCC allows save Jahangiri a massive amount of time. He believes that between the staff and the equipment, the help he’s received has allowed him to make great strides in his research. He states, “I’ve been working on a majority of different projects and the people here are extremely helpful no matter what it is that I want to do”.

In the future, Jahangiri expects to see his research on treatment shafts providing a good alternative for populated areas because it is comparably smaller to traditional designs. Adding to this is the lessening of environmental impact. Another important aspect is that companies will want to export this technology to different countries due to the cheaper price and optimization.

When asked about his time at MSU, Jahangiri says that he truly feels as if he’s part of a community. He believes that the professors, students, and resources in general allow him to learn and grow as a student and as a researcher. After MSU, Jahangiri sees himself as a researcher trying to solve bigger, more important problems in his field of interest. The experience and skill sets he’s gaining during his research here will play a pivotal role in his future endeavors.