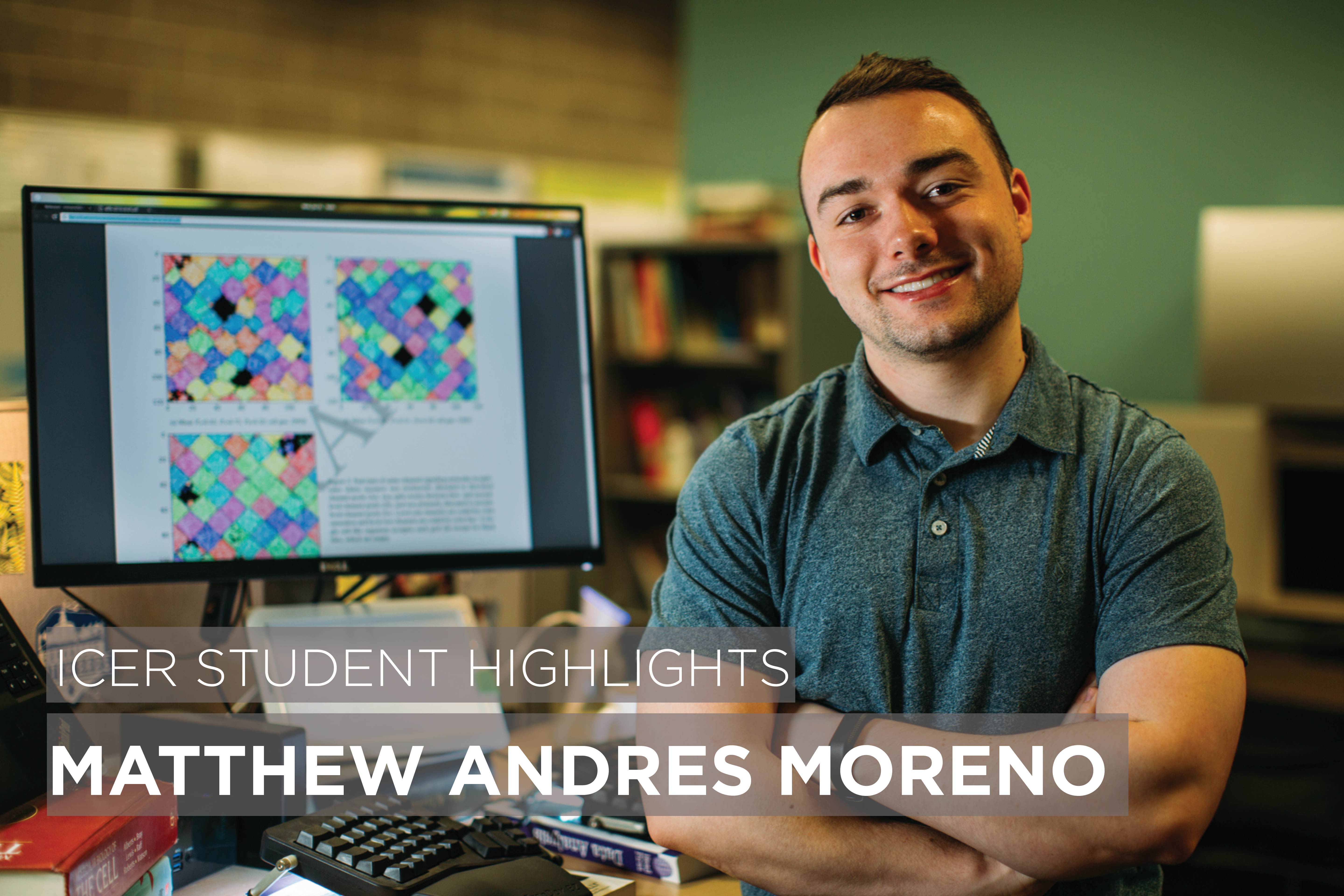 The study of transitions and encodings in digital evolution

Matthew Andres Moreno is studying Computer Science and Engineering as a graduate student at Michigan State University. He works under the guidance of Charles Ofria and his research takes place in the Digital Evolution Lab. His research interests fall under two main umbrellas: evolvability and major transitions in evolution.

In his evolvability research, Moreno applies deep learning autoencoders to digital evolution. An autoencoder is an artificial neural network that is capable of learning to recognize concepts based on data input. Moreno describes autoencoders as a program that “learns to generalize across a set of objects. For example, if you have a bunch of pictures of cars, it will learn to recognize what a car is and what a car isn’t.” Moreno provides the digital evolution of “scrabble strings,” ordered sets of characters that can spell words or contain gibberish, as a simple example of how autoencoders can be applied. Moreno trains an autoencoder by feeding it hundreds of examples of “scrabble strings” that contain words, essentially teaching the autoencoder to become a spell checking device. Mutations, random changes to an evolving entity, are key to the process of evolution. Without, mutations that would be applied to the “scrabble strings” --- random changes to the characters in the string --- would tend to break down words and produce gibberish. However, after the spell checking autoencoder is applied, these mutations are less harmful to words contained in the “scrabble strings.”

In addition to the exploration of autoencoders, Moreno also focuses a significant amount of his time studying what biologists typically refer to as major transitions in evolution. Namely, “distinct replicating entities coming together to create new replicating entities.” The evolution of multicellularity, when individual cells united into groups of cells that cooperate to replicate the group, is a prime example of a major transition in evolution.  However, he applies these concepts to digital systems as opposed to naturally occuring scenarios. This allows him to explore the outcomes of scenarios and processes that would be otherwise impossible in the natural world. Moreno greatly benefits from HPCC resources in these endeavors as they allow him to generate more experimental replicates to study and compare. Moreno claims that “having the computation power of HPCC allows [him] to run hundreds of these evolutionary runs and parallel to generate the data [he needs].” In current work, Moreno is looking to exploit the HPCC’s parallelism to simulate even larger multicellular systems, allowing him to investigate exciting questions about hierarchically nested evolutionary transitions.

Moreno’s passion for these systems and processes arose in part from his previous studies in chemistry and cellular biology. While he was in this program, he was fascinated by the principles of the subject but wanted to see how far the applied concepts could be pushed on a more abstract level. He wished to explore scenarios and take clues from nature to build and simulate complex digital system that operate on similar principles. In his youth, Moreno had read an article on such evolving digital systems that he claimed, “had always bounced around in the back of his mind.” This intrigue and curiosity eventually blossomed into him exploring these ideas through his work in the Digital Evolution Lab at Michigan State. Through his research, Moreno is excited to contribute to our understanding of the evolutionary process and develop digital evolution techniques that can be applied to real-world problems.