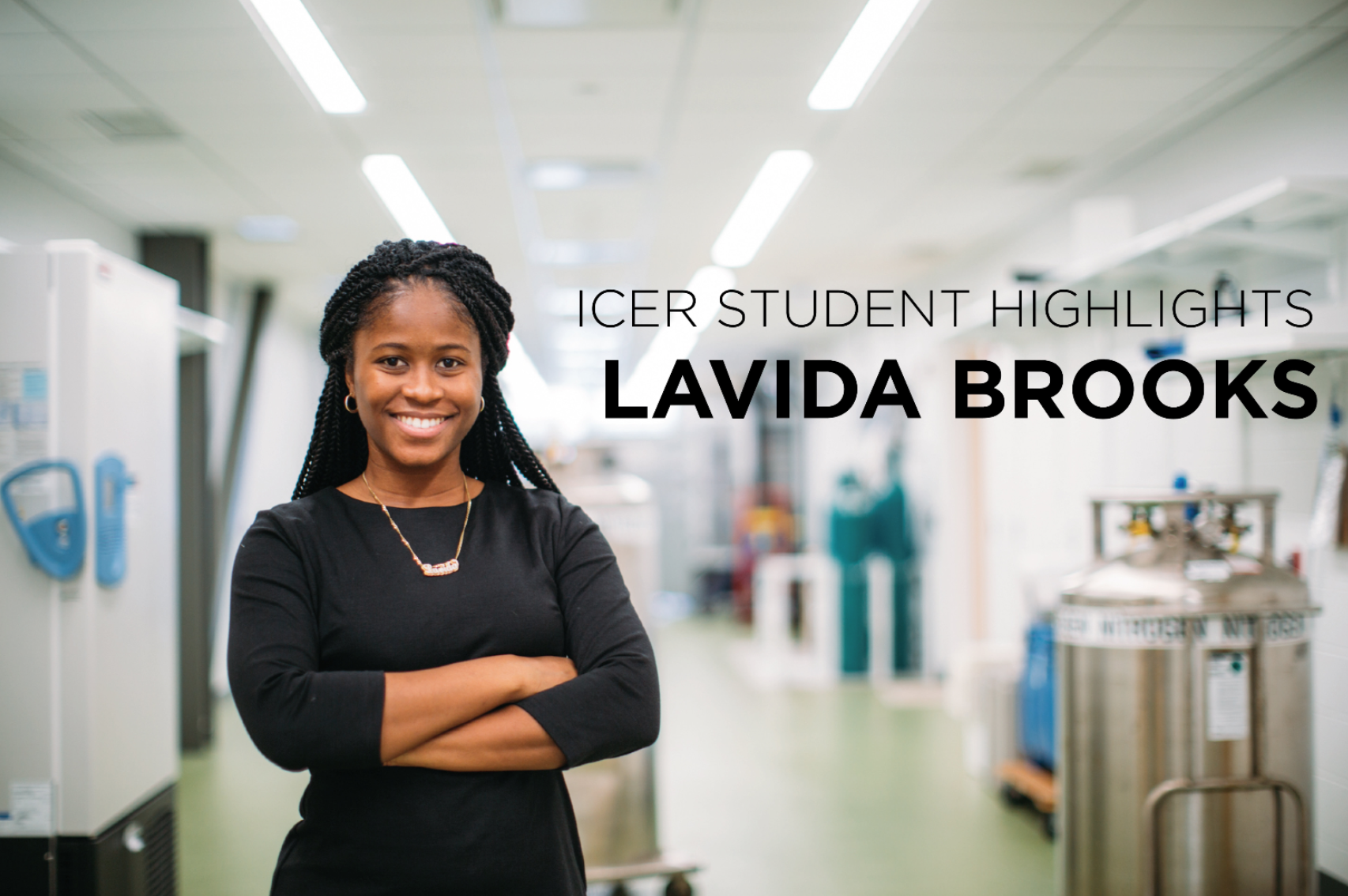 Brooks’ research focuses on the effects of age upon gene expression and how that gene expression relates to the development of respiratory and neurodegenerative diseases. She engages in this research by compiling data regarding the expression of genes amongst individuals while comparing gene expression patterns to make connections to phenotype.

Brooks eloquently described how our immune systems operate over the course of our lives. Brooks said, “Essentially, when we are really young, our immune systems are underdeveloped due to not being exposed to antigens, and causes us to be more susceptible to diseases. These natural defenses continue to develop until we hit young adulthood. At this time our immune system has most likely reached its peak in strength. However, following middle age, our immune systems gradually become weaker alongside our aging bodies”. Brooks also explained that these changes represent a process known as senescence. Senescence is the primary reason why we become more immunocompromised at the bookends of our lives. Furthermore, along with lower resistance to infections, senescence often causes neurodegeneration and an increased susceptibility to diseases such as Alzheimer’s. Hence, symptoms of neurodegenerative diseases often become noticeable in aging individuals and begin to have significant, sometimes debilitating effects on their lives.

Brooks transitioned to discussing an ongoing project focusing on Alzheimer’s disease and described that despite the symptoms not taking hold until old age, it is likely that the genes triggering the onset of Alzheimer's disease symptoms are activated at an earlier time. Brooks’ research aims to pinpoint the relative time at which these genes are activated in order to facilitate premature screenings for the disease. Hopefully, this will lead to cases of Alzheimer's disease being detected in its early stages and enable the development of novel treatments to prevent the onset of symptoms, therefore extending the lifespans of those diagnosed.

In order to work towards this discovery, Brooks compiles massive quantities of data from those who have been diagnosed with Alzheimer's disease in old age and healthy cohorts. These data includes their age, disease state, sex, and gene expression profiles. The gene expression has been profiled by various experimental groups through extraction of RNA from numerous tissue samples. Brooks mentioned that she is most inclined towards using blood samples as it is relatively non-invasive compared to other tissues. To extract information regarding gene expression, Brooks analyzes data using two gene expression microarray platforms: Illumina and Affymetrix. Brooks then re-analyzes, decodes, annotates, and identifies patterns of gene expression utilizing these publicly available data. Through the comparison of the various cohorts, Brooks hopes to discover any consistent patterns between disease state, age or sample tissue. These patterns may lead to the identification of a set of biomarkers that could be used in future guidelines for Alzheimer’s disease screening and diagnosis.

Brooks described her research as “computational: totally data driven.” This is a testament to the massive quantities of data involved in her research. To manage all of these data, Brooks utilizes HPCC services. Otherwise, the amount of data necessary for her research would overwhelm her laptop computer and cause it to crash. The resources that enable data management include multiple available nodes and higher RAM. These allow her to take advantage of the numerous modules, including R, that are installed on the cluster. This is immensely helpful as she uses multiple languages in her analysis, with a focus on working with various R language capabilities to further statistically process the data she has procured.

When asked what this research means to her, Brooks stated that “people are living longer, we have these age-related diseases that occur where age is the biggest risk factor. So, we need to start thinking about how we can help them.” It is apparent that Brooks is conscious of issues facing our species and the planet, and plans on using her vast knowledge, skill, and MSU’s resources to make a difference and work towards resolving these issues.