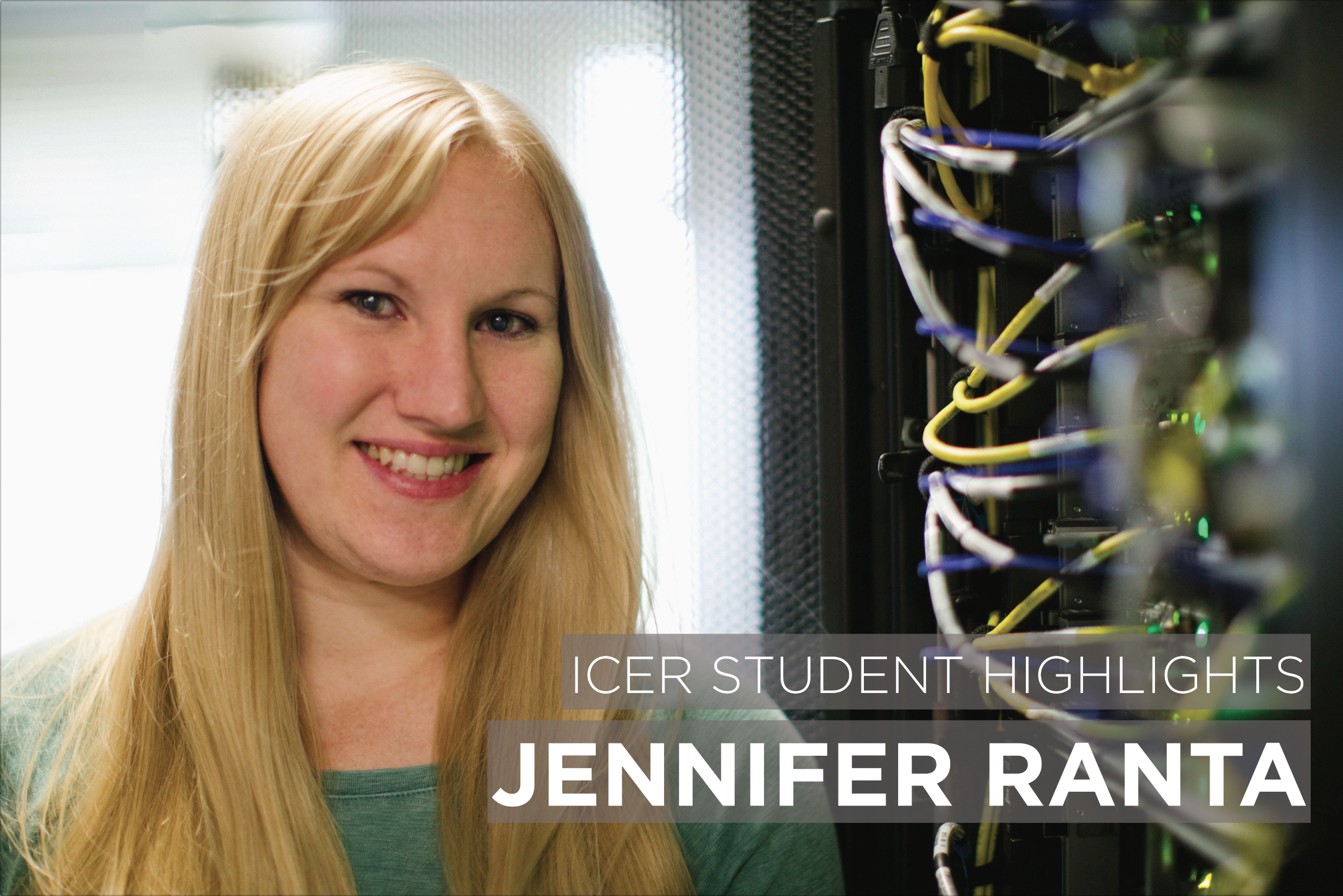 Jennifer Ranta is a graduate student in the Physics and Astrophysics Program at Michigan State University pursuing research in stellar astrophysics. Her current work involves simulating possible mechanisms for pre-supernova outbursts, also called supernova imposters. Supernovae occur when massive stars die and stop performing fusion in their cores, resulting in their gravitational collapse. Jennifer hopes to understand why the progenitor stars sometimes have massive outbursts a few years or months before their final explosion, when they die as supernovae.

Jennifer became interested in astrophysics as an undergrad because, she says, “understanding the universe as a whole has always been a fascinating subject for me.” While she began grad school planning to work on topics like dark energy and dark matter, she didn’t enjoy the observational approach. Grad school instead introduced her to stellar astrophysics, where her interests in math and astronomy were combined in using computation to investigate astrophysical phenomenon.

Supernovae are used in many cosmology studies. According to Jennifer, “if we can understand these outbursts and simulate a more accurate supernova in general, we could supply the observers and cosmological theorists with better parameters to fit into their models.” This, in turn, would help us to form better predictions about the future of our universe and contribute to our understanding of it overall. More specifically, in her work, Jennifer simulates very energetic convection that could stir up a star enough to incite an explosive ignition of nuclear fuel. This wouldn’t naturally happen if the star wasn't having extreme convective cycles.

What makes Jennifer’s work unique is that many of the simulations she and her team work on are multidimensional (2-D and higher), which is essential to reliably simulating convective structures. Higher dimensional simulations also require greater computational time. Running 1-D simulations on a laptop might be feasible, and researchers focus on these models and 1-D analytical parallels to broadly estimate solutions, but 2-D simulations on a laptop could require several days of running the simulation non-stop. A 3-D simulation running on a supercomputer, like HPCC, can take six months to simulate only half a second of simulation time. Being able to access MSU’s HPCC to run 2-D simulations, and national lab supercomputers for full-scale 3-D models enables Jennifer to run hundreds of simulations at once rather than individually, which saves a significant amount of time. If we include the complexities of the science, in this case: simulating a system like a star with its turbulence and nuclear equations that represent the nuclear burning occurring while also obeying mass and energy conservation laws, we begin to imagine the constant tweaking of parameters involved in keeping a simulation running smoothly.

Even with the software and hardware challenges that are expected with computational research, Jennifer's enjoys it all. She hopes to find a mechanism to predictably explain outbursts of this type because it would allow other scientists to put these mechanisms in their code, improving the simulations of evolving stars. Not only supernova simulations would benefit from this work, but evolutionary codes that simulate the circumstellar medium around a star would be more accurate - in orientation, shape, as well as composition of the medium. This would show what type of materials are around a star and, when a supernova goes off, and how those materials can impact the type and quantity of elements the supernova creates. The creation of these heavy elements is a huge question in astrophysics. It would be very useful to find those mechanisms, but beyond that, she’d also like to be able to simulate actual core-collapse supernova, which she has been working on using the HPCC.