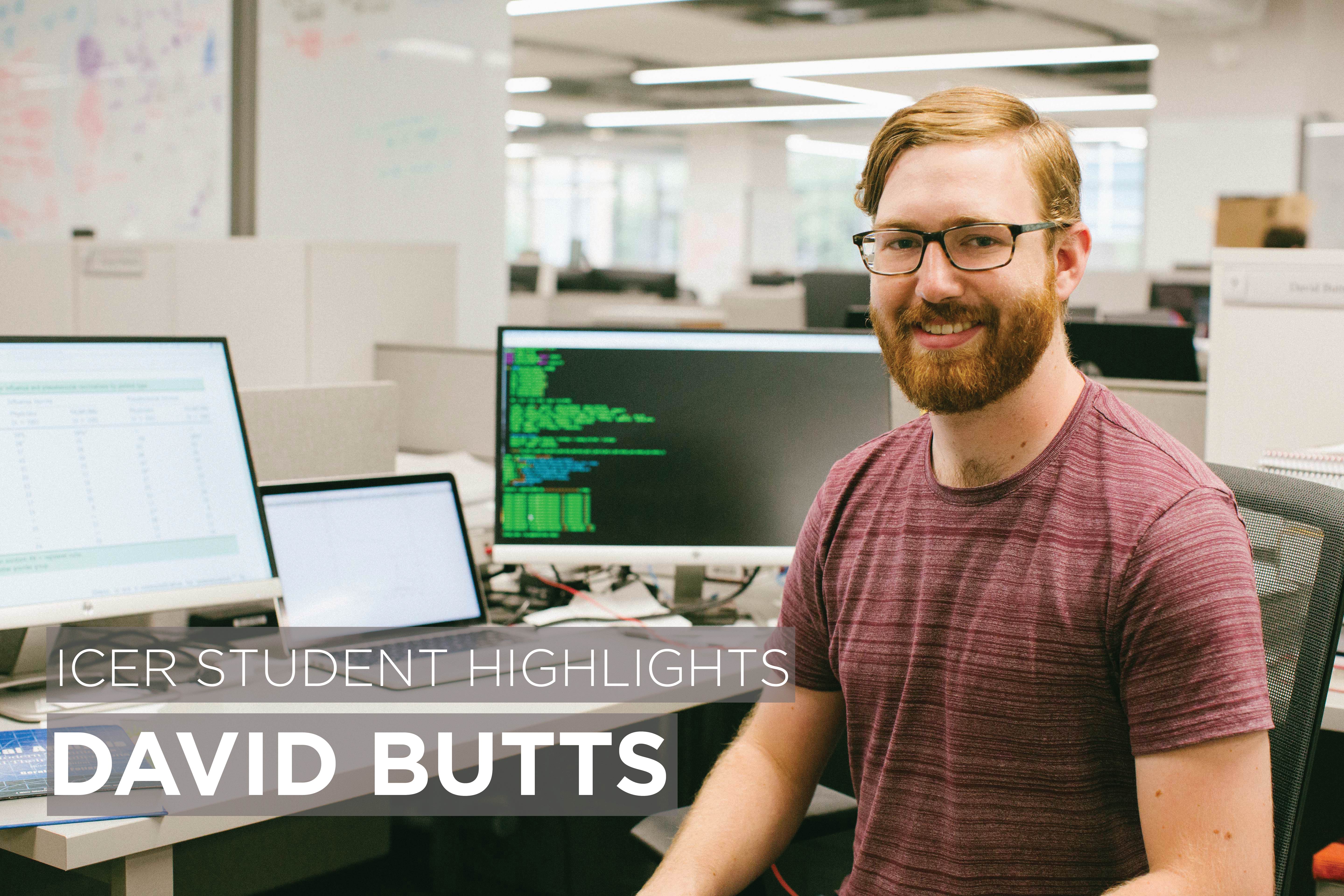 MSU Graduate student David Butts earned his BS in Physics with a Computational Mathematics, Science, and Engineering (CMSE) minor at Michigan State. Now, he can still be found on campus working towards a PHD in Computational Mathematics, Science, and Engineering (CMSE). Here he is working for Professor Murillo (CMSE Professor) in the Murillo Group on a project involving research and application of agent-based modeling. This project involves simulating the spread of diseases such as influenza and malaria in addition to other emergency scenarios.

Butts was inspired to pursue research in agent based modeling from an independent study class he took during his senior year at Michigan State. He became even more invested in the topic after a summer internship at Los Alamos National Laboratory where he began to use this form of modeling to simulate city wide evacuations.

Agent-based modeling involves numerous strings of code coming together to simulate the actions and interactions between agents. Unlike other simulations that focus on differential and other equations, agent-based models are predicated on a set of rules the agents or singular subjects within the model must follow. This allows the simulation to be a more complex representation of real world problems and situations, as the agents retain a degree of autonomy within the established boundaries. Agents can represent human beings, diseases, natural disasters and a multitude of other elements or layers that comprise a full simulation. Currently, Butts is working on the creation and management of these layers and agents with the hopes of eventually succeeding in simulating an entire city.

To create these models, Butts states that he must use a wide variety of coding languages. His primary area of expertise and use is in Python: the code he uses to stitch all of the various elements and agents together into a cohesive and well-designed simulation.

While the code is integral to his research, the key to success in this undertaking is the accumulation and tracking of data. Butts claims that the greatest challenge that he faces is simply the “sheer amount of data that [he doesn’t] have.” Essentially, this type of project involves the act of accurately mirroring reality. In order to do so, loads of data needs to be recorded and applied to the simulation and the many agents within it. This data is mostly pulled from scientific papers and Geographic Information Systems (GIS) statistics. However, given that this simulation largely deals with human behavior it is impossible to achieve one hundred percent accuracy.

This does not mean that providing a well-researched model of influenza and malaria contagiousness and likely outcomes of city-wide disasters is of no use. On the contrary, Butts states that it can tell you “with some amount of certainty, ‘this is the best way to evacuate the city’.” In other words, it provides city ordinances the best and most efficient ways to handle emergency situations and evacuations to ensure the safety of its citizens.

Of course, achieving this level of accuracy and certainty amongst so many variables requires running numerous simulations that each comprise a massive quantity of data across multiple layers. To be able to run these simulations and process all of this data within a reasonable time frame, Butts must utilize MSU’s HPCC services.

He claims that HPCC resources are vital to his research as it would be impossible to catalogue and track the necessary amount of data on a regular computer. Without HPCC, a two-day simulation could take three weeks. Additionally, HPCC services allow him to run multiple installations of the model simultaneously. To aggregate the results of many trials, he needs a machine that can handle running code across multiple processors. This is why access to HPCC services is vital to the success of this project and he plans to continue using these resources in future research and progress towards completed simulations.