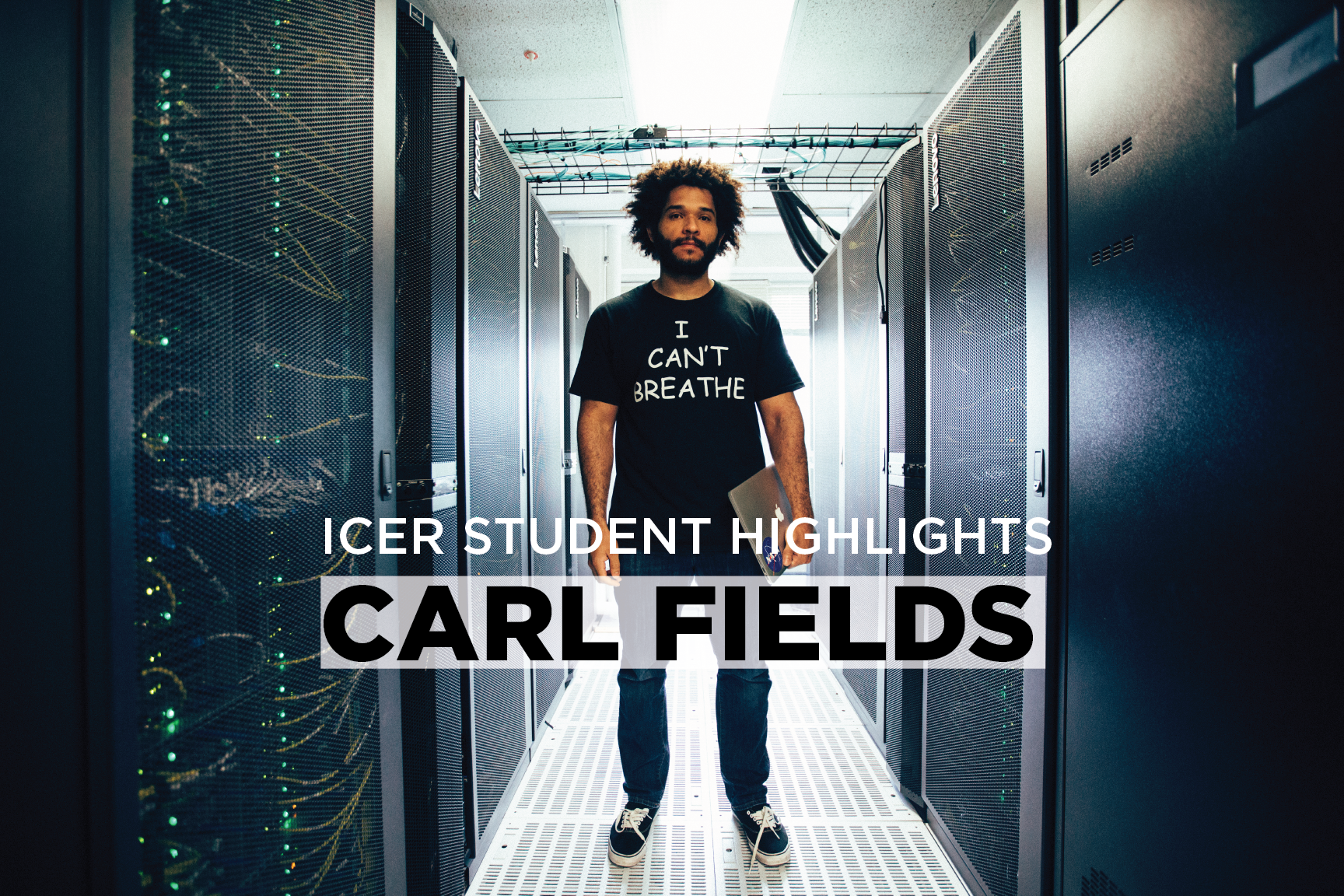 Study of the Evolution of Stars and Stellar Explosions

Carl Fields is currently a Ph.D. student studying Astronomy and Astrophysics at Michigan State University. He works with Sean Couch, a professor in the Department of Physics and Astronomy. He is supported by the Ford Foundation through a Predoctoral Fellowship, the National Science Foundation through the Graduate Research Fellowship Program, and by an Edward J. Petry Graduate Fellowship from Michigan State University.

Fields studies the evolution of stars and stellar explosions, using computational and nuclear astrophysics. He tries to simulate this transformation into different evolutionary or compact objects using supercomputers and other resources here at iCER.

An important highlight that Fields has experienced in his research thus far is being able to quantify the differences between simple and complex models by simply using the tools here. Running simulations at iCER has given Fields the ability to unpack some of the questions that he and his research team have before taking the next step, which would be running the final production simulations on the national lab supercomputers. Being able to get an understanding of what’s going on in these lower dimensionality models has really helped when it comes to those with a larger dimensionality, which all in all allows for a discovery of more information.

As previously mentioned, Fields’ research project involves simulating the final minutes of massive stars before they explode. An important part of this is nuclear physics. A challenge that Fields and Couch have encountered was a source of incomplete physics in regards to weak nuclear reactions in their models, making the simulations more complicated. Conquering this roadblock gave Fields and Couch a better feel as to what to do in the future if this were to occur again, giving them the chance to further their research process.

There were a few things that sparked Fields interest when it came to picking his research, and these things are what ultimately lead him to his studies and accomplishments so far. When choosing grad school, he knew he was fascinated by stellar explosions and computational astrophysics. From the start of his research days, Fields was interested in Sean Couch’s work and had therefore been following his journey. Couch had recently been hired by MSU, so after reaching out and Skyping with him a few times, Fields found out he was taking students and accepted Couch’s invitation to join his research team.

Fields completed his undergrad at Arizona State University, where his degrees are in Physics, and Earth & Space Exploration (Astrophysics). At the time, his work was on one-dimensional, spherically symmetric, stellar models which are less computationally expensive. Now that he’s working with more complex, multi-dimensional stellar models, the size, infrastructure, and support staff that iCER offers has been momentous to him while completing his work. Fields says that having all this at his disposal and as a tool for research has helped him a lot.

A major short term goal that Fields has is updating his simulations so that they are as accurate and up to date as possible. These new updates are being performed and tested right here at Michigan State. Regarding the future, Fields hopes that his research will help to provide a complete description of a massive star from birth to explosion. He states that, “this understanding can provide a great leap in our understanding of stars, the Galaxy, and our Universe”.

As a way to provide a service to the field and to meet new people, Fields tries to do 2-3 conference trips a year. He finds this is a great chance to touch on different research ideas with a variety of people. Last year, Fields flew out to Santa Barbara to TA for a starter stellar astrophysics conference, which he will be doing again at the end of the summer. Along with this, in September he will be heading to the University of Washington to participate in a data science fellowship training program which will help further his research.

On his time at Michigan State, Fields says, “the fact that I’m getting such quality coursework, and quality astronomy courses in general, is really important to me”. He finds that the MSU community prides itself in helping each other, whether it be sharing research or just bouncing ideas back and forth, which has proven to be beneficial in Fields’ work. Another big thing he credits MSU with is having research tools so conveniently located. This, along with the support and care of the faculty, has allowed him to succeed.