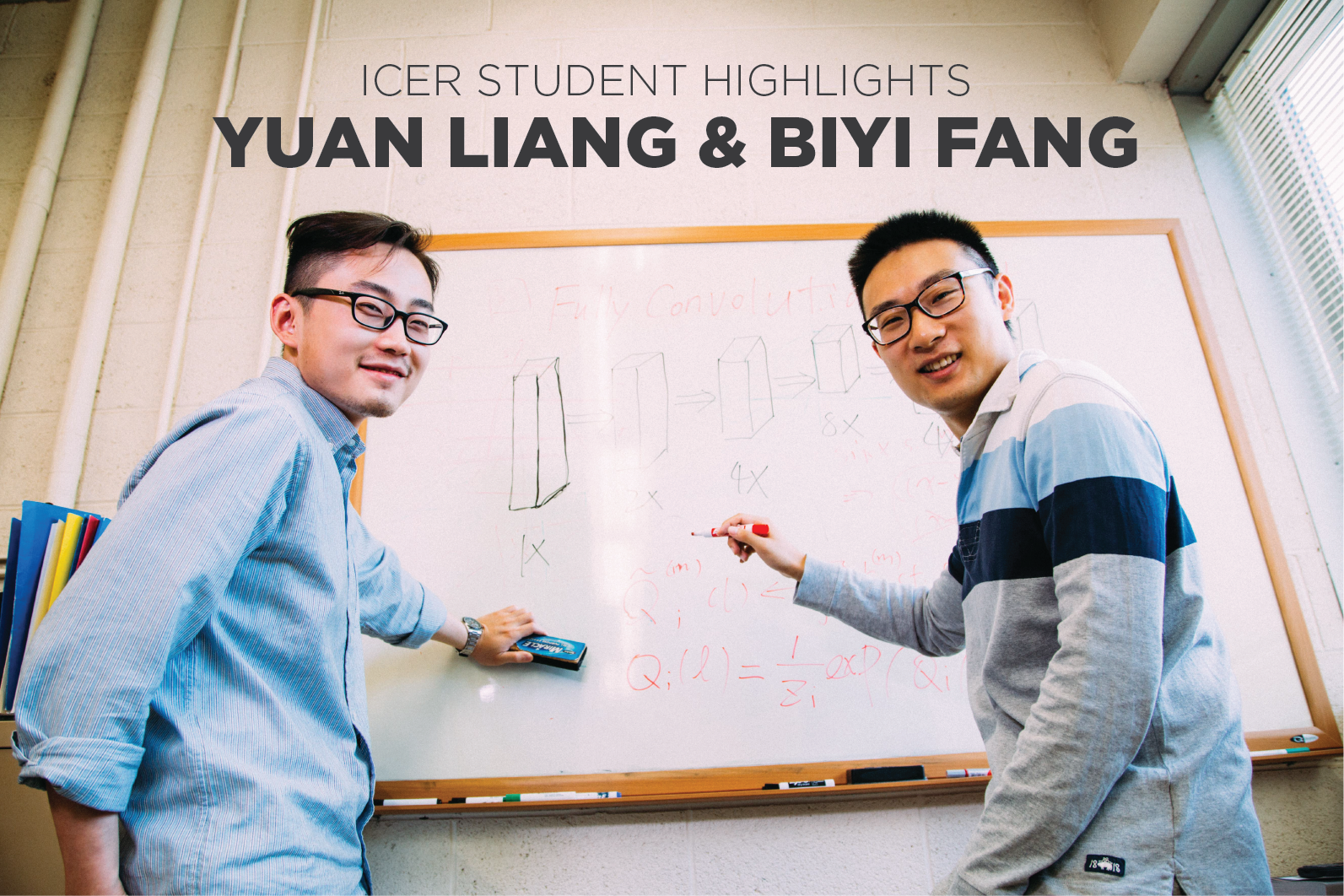 Biyi Fang and Yuan Liang are two Ph.D. students studying Electrical and Computer Engineering at Michigan State University. Fang’s advisor is Dr. Mi Zhang where his research focus is deep learning optimization and implementation on mobile devices, while Liang works with Dr. Tongtong Li and his focus is the modeling and optimization of wireless networks and communications. Both advisors are professors in the ECE Department.

Fang and Liang are working toward solving a problem regarding the pixel-wise segmentation on satellite maps. Basically, objects are interlaced on maps and there are multiple objects in small areas. They aim to separate objects and differentiate them at the same time. They do this by isolating the pixel and giving a label to the specific type of terrain it belongs to, whether that be buildings, crops, waterways, etc. Fang and Liang’s main focus is to be able to recognize objects captured on a satellite map, and then label these types of objects along with where they are located.

Both Fang and Liang believe that the direction of the future regarding electrical and computer engineering lies in deep learning image recognition. This, along with their general interest, is how they chose their research topic. Due to the development of Graphics Processing Unit (GPU), amongst many other things, the algorithms in deep learning give people the chance to do something that was impossible in the past. One of the things that made this possible is recognizing the images of different objects, and Fang and Liang are happy to have knowledge in this field.

One highlight that Fang and Liang are the most proud of has to do with an algorithm for satellite images. Their research has shown them that the algorithm that works best in hand-held camera datasets does not always work well in satellite image datasets. The reasons for this is the objects are small, interleaved, and extremely condense. This being said, a major breakthrough for them was adopting a more “traditional” algorithm specifically for satellite images. This development has allowed Fang and Liang to expand their research process immensely.

Although they’ve experienced many highlights thus far, there have been some problems too. Fang and Liang say that the most difficult problem they’ve come across is the algorithm. They use a open software to construct their deep learning network, and unfortunately they haven’t been able to find any implementations of that algorithm. As a way to solve this problem, Fang and Liang were able to use some tricks and implement the algorithm themselves

When it comes to long term goals, Fang and Liang hope  that their research will help people in the future. They think that if the work they’ve done attracts more people, their method would be implemented into terrain recognition, which would render into military usage. It’s very complicated and expensive for people to recognize objects one by one and picture by picture, so the label work that Fang and Liang are doing is exceptional in this field.

When asked how iCER and HPCC has helped accomplish their research goals, Fang immediately stated, “we could not even have begun this project, let alone finish it, without the help of iCER and HPCC”. Their research requires a deep learning network that’s used for a long time, along with a great amount of computational power. Both men think that HPCC provides them, along with other students, a simple and economic way to use that computational power that they otherwise wouldn’t.

On their time at Michigan State, both Fang and Liang say that the freedom they have and the resources that are so conveniently located have been momentous in their research so far. Liang says, “I have had the opportunity to meet different people and hear about what they’re doing, allowing me to expand my knowledge on different views”. They agree that the professors, peers, and library here at MSU have played a big hand in the work they’ve done and the work they’ll continue to do.