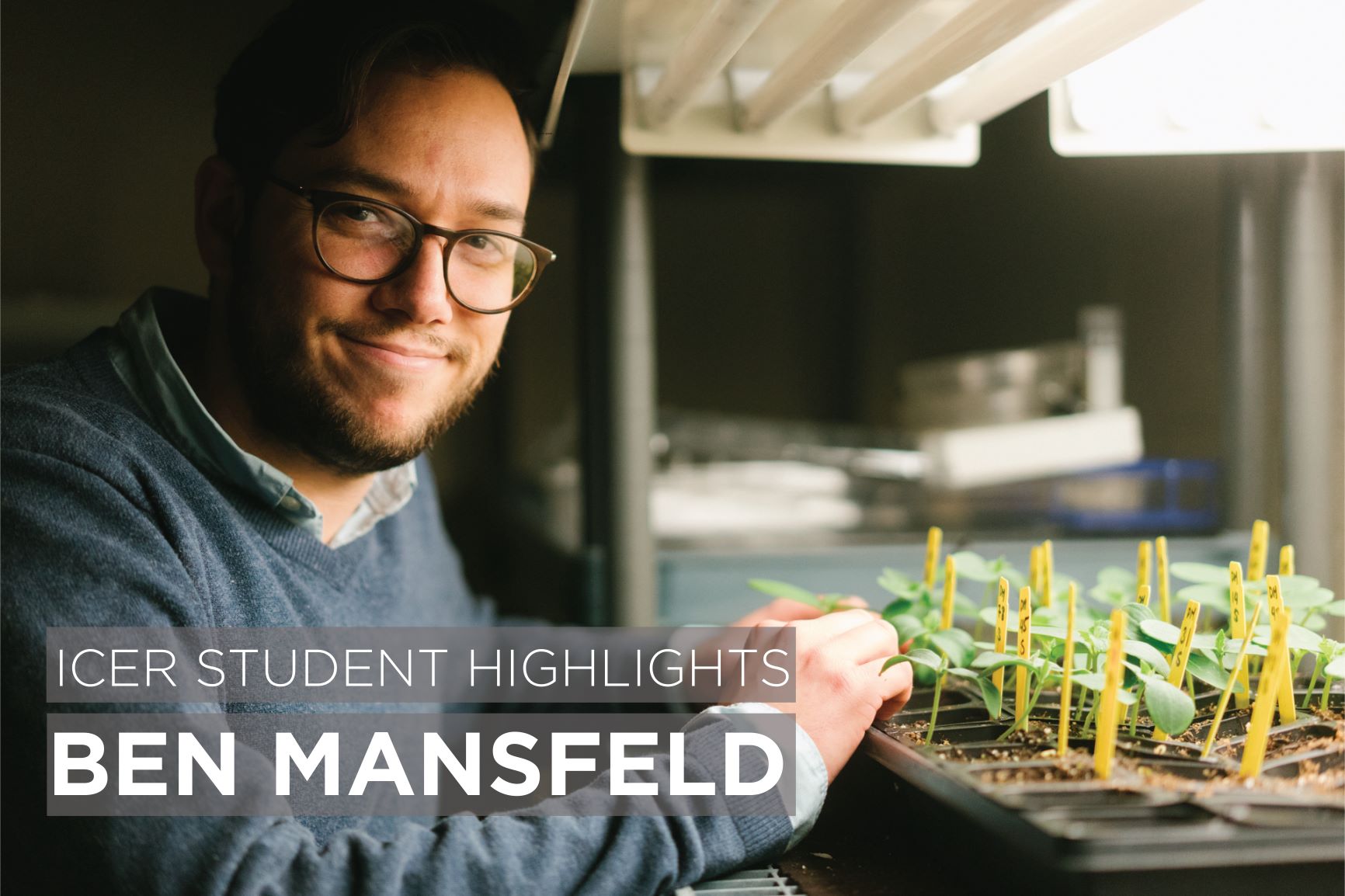 The study of cucumber resistance to Phytophthora capsici

Ben Mansfeld is a Ph.D. Candidate in the Plant Breeding, Genetics and Biotechnology Program, studying under Dr. Rebecca Grumet in the department of Horticulture at Michigan State University. Research in the Grumet lab centers on cucurbit genetics (all vegetables and fruits that are related to pumpkin, squashes, and cucumbers). Mansfeld’s research focuses on cucumber resistance to Phytophthora capsici (a fungus-like plant disease that affects many crops including cucurbits). He states that this research aims to understand “what genes are involved in and what are the genetic mechanisms that control resistance to this pathogen.”

In the Grumet Lab, researchers have screened over 1300 different cucumber varieties from around the world to try to identify natural sources of disease resistance. Through this process, they identified an age-related resistance; young cucumber fruit are highly susceptible to the disease, while older fruit become more resistant. Mansfeld is attempting to understand which genes are involved in conferring this age-related resistance to Phytophthora capsici by utilizing genome (DNA) and transcriptome (RNA) sequencing.

To start the process of obtaining the necessary data, cucumbers are harvested from the greenhouse and DNA and RNA are extracted using a nucleic acid extraction robot. Afterwards, the DNA and RNA are submitted to the MSU Research Technology Support Facility (RTSF) Genomics Core. The RTSF then performs the genome and transcriptome sequencing and returns the files to back to him. Mansfeld mainly analyzes RNA sequencing data, which is useful for his research as it tells him “what genes are being expressed at any given time point.” After they are returned, the sequence files are transfered to the HPCC for analysis. Mansfeld then uses the several bioinformatic tools made available on the HPCC. These tools include software that helps clean and filter sequence data, quantify gene expression and detect mutations in the genome. Performing some of these tasks requires the great computing power that the HPCC offers.

While he was raised in the city, his father was a farmer whose livelihood was heavily dependent on the survival of crops. Consequently, Mansfeld knows a bit about the challenges faced by farmers and the oftentimes unreliable nature of crop yields. By engaging in this research, he hopes to ease the worries of many farmers and ensure that they’ll have a sufficient harvest. He also wants to make agricultural practices more environmentally sustainable and affordable. Given that Michigan is the largest producer of pickling cucumbers in the country, this research should make life easier not only for Michigan farmers but for Michigan as a whole. In short, Mansfeld stated that this work is “important because agricultural research really contributes to improving people’s livelihoods and health” and the desire to improve human well-being is at the core of his work.