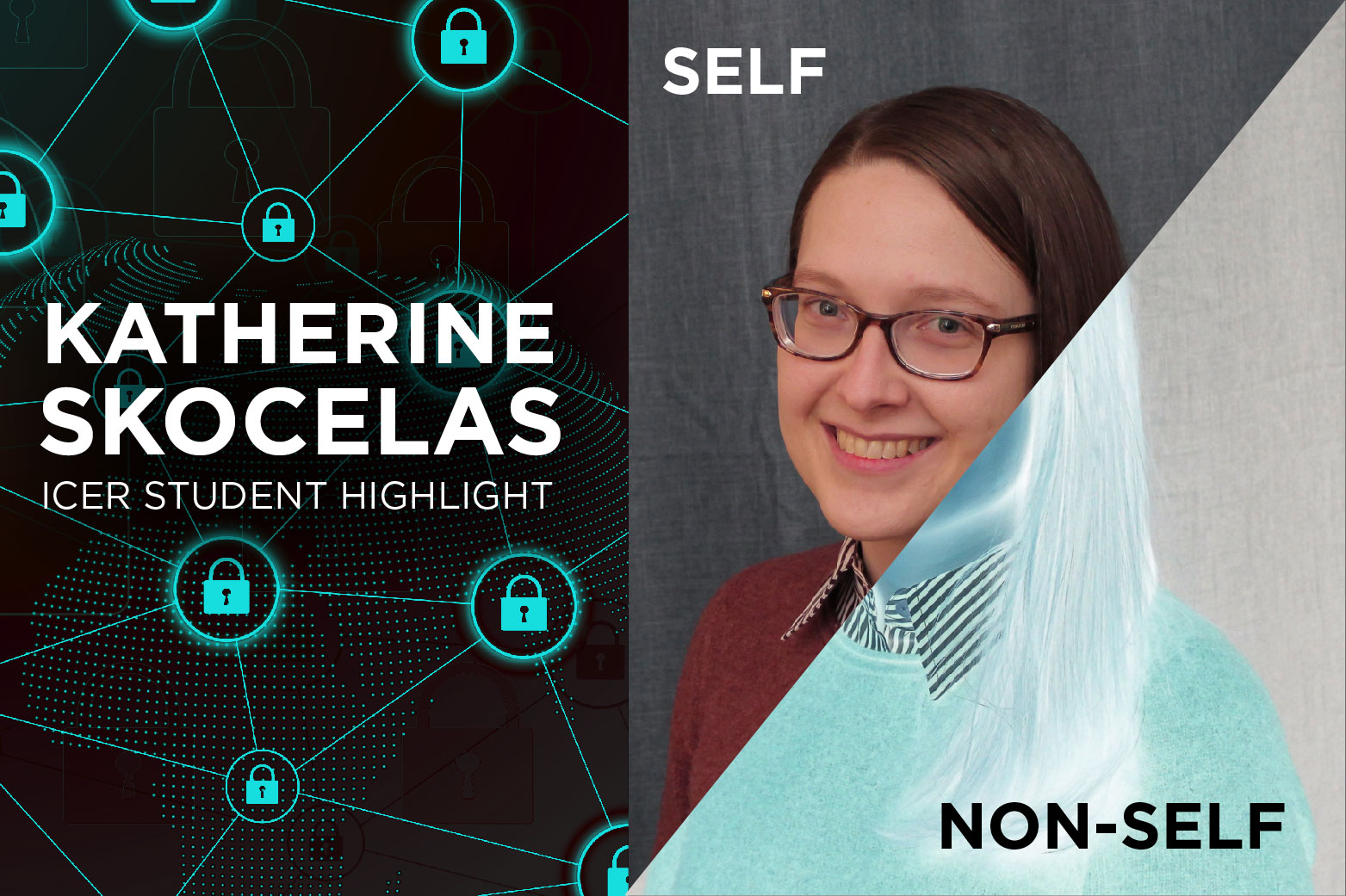 “It was love at first compile,” recounts Katherine Skocelas about her journey from advertising and public relations to computer science. Skocelas, a Ph.D. student in the Ecology, Evolution, and Behavior Program and Department of Computer Science & Engineering, became curious about digital immune systems after her own biological immune system failed her.

“In my last semester of college, I was diagnosed with lupus, a chronic autoimmune disease that affects about 1.5 million Americans and at least five million people worldwide,” says Skocelas. “In my type of lupus, the immune system mistakes the body’s own double-stranded DNA for harmful intruders and produces antibodies against it. The resulting immune system attack on the body causes widespread inflammation and damage, and can be life-threatening.

Despite the formidable circumstances, Skocelas did not lose her sense of curiosity. She was on track to become a science communicator, but she developed a fascination with natural and artificial immune systems that inspired her to contribute to the advancement of science. Her fascination with the evolution of natural immune systems, combined with the lower physical demands of computational research, paved a clear path to evolving digital immune systems.

The artificial immune systems in computers also employ a self/non-self discrimination process when faced with an app that could either be safe or a computer virus. Skocelas develops algorithms for digital immune systems capable of evolving on their own.

As pathogens evolve to evade the immune system, the immune system also evolves to handle the changing pathogens. By using high-performance computing to coevolve both the computer networks and the attacks, it is possible to create robust distributed networks that keep functioning efficiently even when nodes are isolated, compromised, or partially disabled.

The computational cost is particularly high for the type of artificial immunity that Skocelas studies because she is not simply writing a program to dictate how the artificial immune system behaves; rather, the complex machine learning algorithms she writes iterate thousands of times to generate their own immunity. Since she is coevolving the attack as well, the computational cost doubles. Furthermore, the same experiment must be run hundreds or thousands of times to ensure the results are valid and statistically significant.

Skocelas’ laptop would not be able to handle the computation cost, so she uses the High-Performance Computing Center (HPCC) at the Institute for Cyber-Enabled Research (ICER) to give her faster processing speeds and the ability to run hundreds of replicates of her experiment at once on different nodes.

“An experiment that would take more than a month to run on my laptop (assuming it didn't crash before then) can be completed in less than a day on the HPCC,” Skocelas remarks. “While parallelization and multithreading help speed up the evolutionary computation process for generating an artificial immune system, it is still impossible to do my work on a normal personal computer. That is why I use ICER’s HPCC.”

While juggling graduate school and the harsh complexities of autoimmune disease, Skocelas still goes out of her way to make time for outreach and mentoring. As an underrepresented group in computer science, she makes a point of being more visible to help shift perceptions and show that many different types of people belong in the field. It is critical for kids and young adults to see people they can relate to working in computer science, which empowers them to know that they, too, can choose this career.

“Computer programming is like playing with Legos for adults, and it’s awful that so many people who would love this work don’t pursue a CS degree or change majors because it can be so inhospitable to underrepresented groups,” says Skocelas. “I have also enjoyed mentoring MSU undergraduates working with the Digital Evolution Lab and involving them in my research. We have always had a great group of students, and it’s really exciting seeing them grow semester-to-semester into confident, successful computer scientists.”