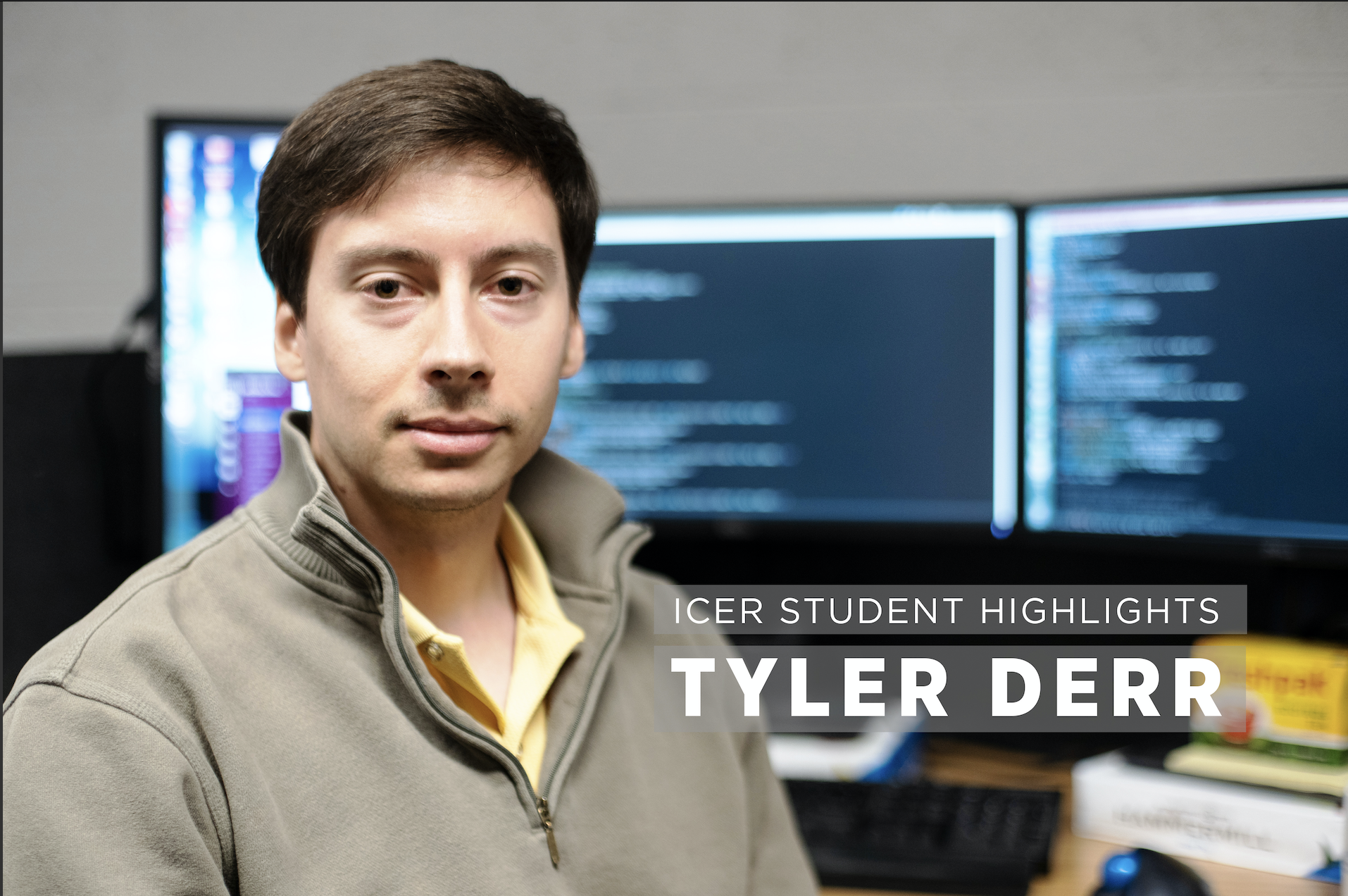 Tyler Derr is a graduate student in the department of Computer Science and Engineering at MSU. He works in the Data Science and Engineering (DSE) Lab under Dr. Jiliang Tang and his research centers around network analysis with a specific concentration in signed networks and graphed neural networks. A signed social network models a social group and includes both their positive and negative relations/connections. Graph neural networks are extensions of traditional deep learning methods to graph structured data. These networks are used in social media to determine and make predictions about the relationships between users based on their interests and other relationships. Specifically, his work looks at the positive and negative interactions between others in order to determine their future relationships or to classify them into categories (ex. political affiliation).

Derr’s research is unique because unlike other studies, he focuses on negative relationships between users as well as positive ones. Rather than the majority of studies that place a heavy emphasis the implication of users having certain friends and followers, Derr also pays attention to those we distrust, unfollow or block and the reasons for those actions being taken. The inclusion of these relationships is necessary for him to achieve the goal of the project: understanding why individuals break online social ties. This further exemplifies another way that differentiates Derr’s work from other projects. It is a fusion between data science and psychology and rather than seeking to prove an explicitly objective hypothesis, it uses computational tools to understand the relationships between people and the factors influencing those relationships.

Ideally, this research will be applied to further projects pertaining to social media analysis. Namely, it will be used by social media networks to determine why people break their online ties. Derr stated that he has “been collecting the Twitter data of 100k+ users for over one year obtaining weekly snapshots of their connections” for his research and that this data will aid him in achieving this goal. Another tool that he uses to achieve this goal is HPCC systems.

HPCC resources have also helped Derr overcome some of the greater challenges he faced in his research. For example, he claimed that the greatest obstacle that he’s had to overcome was “coming up with a novel idea that [he expects] to work, but then seems to perform worse than existing methods.” When encountering this roadblock, he has to revisit why this is happening and modify his current model. HPCC allows him to quickly test these adjustments. Fortunately, he was and continues to be able to troubleshoot these problems and reach higher levels of performance and precision is his models. This has led to numerous top conference publications and prestigious awards for his work.

On the whole, Derr is very passionate about both his work and the impact it can have on others. This is in part why he is also a strong advocate of youth outreach to teach K-12 and undergraduate students about computational research; he is currently an Engineering Graduate Leadership Fellow. One day, he wants to apply his experience towards becoming an assistant professor so he can give the community more access to the research opportunities he’s had at MSU, particularly for marginalized groups. There is no doubt that his research will lead to the enrichment of both current and future members of the scientific community.