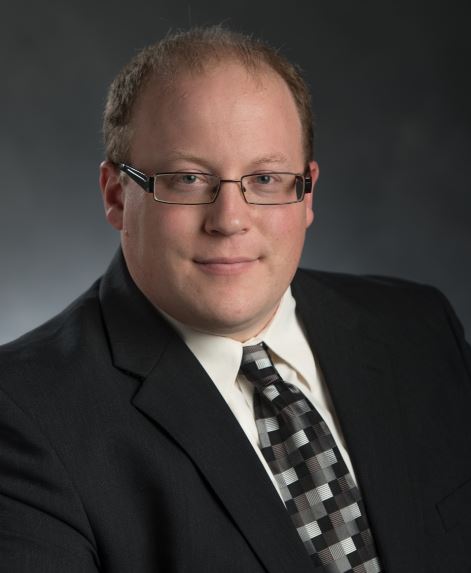 We are delighted to announce the appointment of Dr. Brian O’Shea as the new director of the Institute for Cyber-Enabled Research as of July 1st, 2019.

Dr. O'Shea is a computational and theoretical astrophysicist who studies cosmological structure formation, including galaxy formation and the behavior of the hot, diffuse plasma in the intergalactic medium and within galaxy clusters. He is also a co-author of the Enzo AMR code, an expert in high performance computing, and an advocate for open-source computing and open-source science. He received his PhD in physics from UIUC in 2005. Following that, he was a Director's Postdoctoral Fellow at Los Alamos National Laboratory, with a joint appointment between the Theoretical Astrophysics Group and the Applied Physics Division. Since 2008, he has been a member of the faculty at Michigan State University, with a joint appointment between the Department of Computational Mathematics, Science and Engineering (2015-present), the Department of Physics and Astronomy (2008-present), and the National Superconducting Cyclotron Laboratory (2014-present). From 2008-2015, Dr. O'Shea was a member of Lyman Briggs College. He has authored or co-authored over 80 peer-reviewed journal articles in astrophysics, computer science, and education research journals, and has received a variety of awards for his teaching and public outreach efforts. In 2016, he became a Fellow of the American Physical Society.

Since he arrived at Michigan State University in 2008, Dr. O'Shea has used ICER for his own research. As the incoming ICER Director, he says, “it's very exciting for me to be involved in guiding the direction of ICER because I know it's an important resource for lots of peoples’ research on campus, and for our visibility and computational science in general.”

For Dr. O’Shea, one of the important things to do as the new ICER director is to determine the future direction of ICER.  Since ICER’s beginning, more than 10 years ago, the University has changed a lot in terms of computational and data science. The University now has the Department of Computational Mathematics, Science, and Engineering (CMSE), which is only about 4 years old. There are also new faculty in many other departments who do computational and data science research. Particularly considering the emergence of data science, machine learning, and data-intensive experiments in many fields, the needs of these communities are rapidly evolving. “So, what I plan to do,” says Dr. O’Shea, “is to spend the first part of my tenure as the director figuring out what the needs of the MSU research community are, and then adapting ICER to respond to those needs.”

“It’s clear to me that people are using the computational facilities that ICER provides, and that's really important for many peoples’ research. I know that the research consultants, and the support that users get is really critical to some people as well” says Dr. O’Shea.  In the past several months, Dr. O’Shea has had discussions with many people on campus who are interested in working with ICER, and in general, who are interested in using computational modeling and data science in their own research. Dr. O’Shea says, “it is clear to me that there are user needs with regards to support that are just not being met at the moment. That's something I’m thinking we are going to work towards, but I haven’t figured out the details yet.”

Dr. O’Shea is really looking forward to the opportunity to work with everyone in the MSU community. He encourages people to contact him to discuss their needs, give him feedback directly about how they feel ICER is doing, and what ICER could be doing to better serve the MSU community in the future.